Migrants and Mediterranean, the Apulia's answer 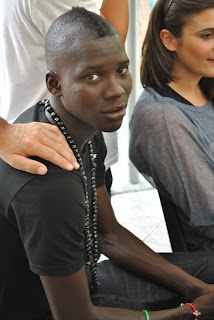 The role of Apulia in helping and assisting the new immigrants from Africa is getting bigger and bigger.

The goal is to treat the migrants with humanity and respect.

The exodus has taken place since few years.

Migrants risk their life for a better future.

Sadly, In Italy as well as in Europe, the recent immigration is being tackled by far-right political parties such as Front National in France and Lega Nord in Italy.

Therefore, citizens and associations in Brindisi (Cobas, ANPI, Libera, Emergency...), have gathered together in order to give the birth to the Comitato Migranti e Mediterraneo. 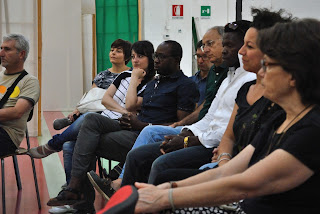 The mission of such Comitato is to stay beside the migrants, giving them support.

There is an Apulian motto which says: come tratti vieni trattato. In other words, “what goes around comes around”.

It means that migrants can be a great resource or become a big problem.

If we treat them right we may expect something good from them.

The 13th of June, the Comitato has met up in San Vito dei Normanni, few miles from Brindisi. 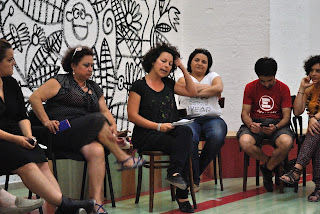 The meeting has been held in the ex-Fadda.


Anna Chiara, spokesperson of the Comitato, says: “racism and xenophobia are inoculated into the national body through TV and newspapers “.

Davide, a Nigerian immigrant who lives in Ostuni, says: “I am a volunteer in the local old folk’s home. Sometime, I arrange with African friends gigs to entertain the local elderly. I have founded an association called Le Monde. 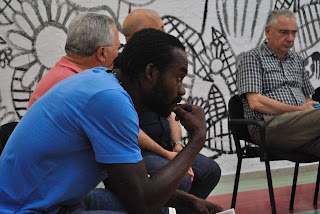 After having listened to Davide, I thought to myself: "Dear Davide, thank you very much".

He continues: “The problem is ignorance. It has happened to me to be called marocchino (Moroccon), even though I’m Nigerian”.

Giovanni, volunteer of Emergency, says that Italy had promulgated years ago a law, named  Bossi-Fini, which introduced the crime of illegal immigration (clandestinità). 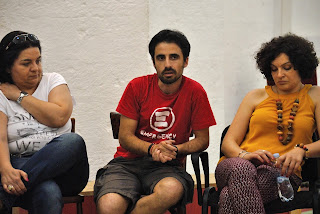 The Bossi-Fini law was openly against the principles of International laws.

The Comitato Migranti e Mediterraneo has meet up again the 23rd of June in Tuturano, a small village close to Brindisi. 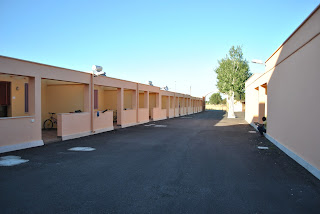 the meeting has been held in a villa confiscated years ago to Salvatore Buccarella, a local mafia boss.

Five Nigerian families have recently been given a flat.

They will be allowed to stay here for 6 or 12 months.

So, the migrants are involved in a project called SPRAR (Sistema di protezione per richiedenti asilo e rifugiati).

The European Union is financing such project to assist migrants on a short-medium term.

Maurizio Guadalupi, chief of the cooperativa "Solidarietà e Rinnovamento",has invited the associations of Tuturano to join the Comitato in order to arrange a welcome party in honour of the African guests. 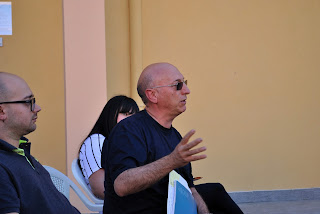 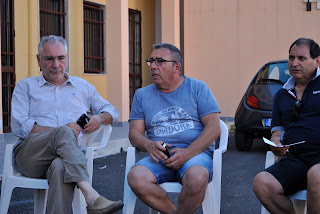 The party will be held on the 11th of July.

Red wine, frise and melonata will be offered to those who will attend it.

So, you all are very welcome to join us.


PS.
Please click here, should you wish to view a reportage on the migrants hosted in Taranto 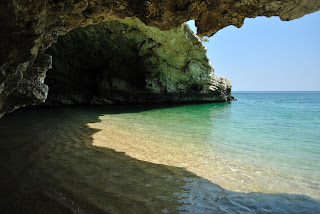 Today I’m going to narrate you about an amazing place named Pugnochiuso, located in Gargano, north of Apulia.

I have been there one week on holiday.

Pugnochiuso represents for me the ideal place where to reinvigorating myself.

No cars around, an immense biodiversity, a green emerald sea. 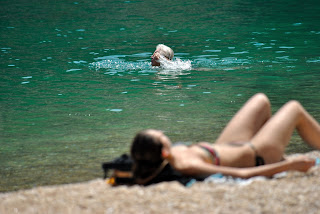 What else shall I ask for?!?


I know Pugnochiuso quite well as I have been working there for three years, just in summertime. It was a  seasonal job.

I was a shuttle driver.

I was paid to take tourists up and down the resort.

The air of Pugnochiuso is so balmy, so healthy due to the combination of pine trees and sea.

Each night I went to sleep, I used to leave the window opened because I enjoyed to wake up the next morning by the whistle of birds.

Indeed, I am fond of bird listening.

In the afternoon, I used to rest on the beach, or alternatively, reading my books.

While reading The Economist (March 14th-20th 2015), I have discovered the outstanding story of Oliver Rackham, an English plant pathologist and woodland archaeologist, who died in February 2015. 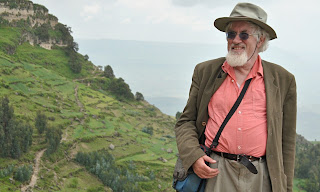 Oliver Rackham had helped in 1962 to save from destruction the Hayley Wood in Cambridgeshire, in UK.

He found out that the Hayley Wood had been there for at least 700 years.

The latest battle undertaken by Sir Oliver Rackham was against the trees being shipped around the world, taking their pathogens with them.

As outcome, the England’s elms had almost disappeared.

Beside that, horse chestnuts and alders are affected a lot in UK.

We must not forget his lesson: love trees and plants, from which our life relies on.

Talking about plants, Pugnochiuso has a huge number of caper plants.


Eating capers with tomatoes and tuna drives me crazy!

I guess, I have collected around 6 kilos of capers. 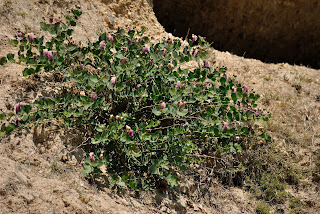 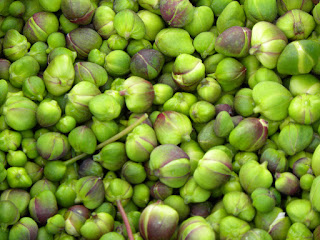 I like to give a jar of capers to my family as well as to my friends.

Therefore, I have carried on in Pugnochiuso mainly eating what that place offered me: mussels and octopus.

Why? Because it reminds me the life during the Paleolithic, when human beings sustain themselves by hunting game and collecting fruits and roots.


The bay of Pugnochiuso is plentyful of fish and mussels.

Pugnochiuso resort has been created by Enrico Mattei, the glorious CEO of ENI.

It's common opinion that he was brutally killed by those who hated him and his strategies of buying oil directly from Middle-Eastern countries, by-passing the seven sisters. 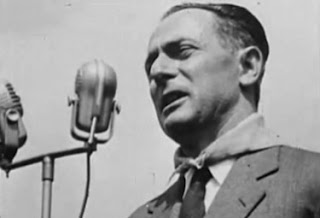 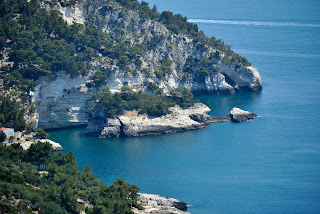 Enrico Mattei fell in love with the Pugnochiuso bay.

Since more than a decade, Pugnochiuso is owned by Marcegaglia, of which the core business is steel.

I have heard that Marcegaglia would like to sell Pugnochiuso.

Well, I hope it will take place soon, because Pugnochiuso strongly needs to be re-launched in order to have more and more people enjoying this corner of Paradise on earth.
Posted by In Apulia at 04:48 2 comments: